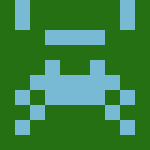 Terry Broadnax is back this week to discuss the exceptional film music documentary, “SCORE” now on Blu-ray.

Can you imagine “Star Wars” without music?  How about “Close Encounters of the Third Kind,” “E.T.: The Extraterrestrial” or any big tentpole blockbuster? One of the most underrated professions in the film industry is the film score composer. His or her work is often unnoticed until it is missing. We do not often clearly hear it; it usually covered by dialog and effects.  It helps you to connect to what is happening on the screen, shape your emotional resonance with the characters, and it ultimately can make or break a scene or a movie altogether. While it is the subtlest of elements in the soundtrack, it ties all of the other elements together into a complete package. I am not sure any modern day movie would be successful without music.

Music accompanied film even before dialog was first recorded; usually provided by a pianist in small theaters, or an organist playing the mighty Wurlitzer organ in larger theaters that could afford to invest in one. Fritz Lang’s “Metropolis” is a gem of an example. Sometimes the pianist or organist had to improvise the music based on the scene they are watching, or provided written music complete with cues on where to play what and when.

The crowd-funded documentary, “SCORE” takes us through the history of music in film starting with the great Bernard Hermann, and it works its way through our current great composers Hans Zimmer, James Horner, John Williams, Danny Elfman, and others. Music critics, studio heads, music historians, and current scoring composers take us on a journey through not only the history of music on film but the process of composing and recording it as well.

“SCORE” covers quite a lot of ground, but what is missing is comments from scoring engineers like the famous Grammy Award-winning Dennis Sands (who I worked for in the 90’s and early 2000) Alan Myerson, Shawn Murphy, David Wallen, and Geoff Foster. Their insights on film score recording and mixing would have added significantly to this documentary.

“SCORE” lands on Blu-ray disc with a 1080p AVC encode with a 1:78:1 aspect ratio. The video is clean and clear with only minor banding in certain areas. Colors are natural, images are free of filtering or edge enhancement. The real winner here is the recorded samples of music, which are full, dynamic, and occasionally very powerful. Sound staging, lateral imaging, and image depth are excellent, with instrumental textures and timbre fully and naturally rendered. I could have easily turned off the video and sat back and listen to the music alone, as we never hear scores in isolation unless it is part of the extra’s on disc.

There is no way a documentary could cover the entirety of this subject in 90 minutes. However, “SCORE” does a great job at giving us some profound insight into this segment of post production that is often uncovered by the press and ignored by the average viewer. “SCORE” is a highly recommended view for film critics and lovers alike.

‘Monster Hunter’ Review: More Fun Than It Should Have Been