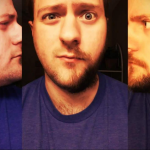 When WWE decided on having a Women’s Royal Rumble match, it was met with a mixed response from WWE fans. Many assumed this was going to be the way the company would bring in Ronda Rousey, who had reportedly signed with WWE already. It made sense she would be there, and it made sense she would win. That led fans to turn off on it, as they felt a full-time WWE Female Superstar should win it, and not someone coming right in.

WWE decided to do just that and allowed Asuka to win the match. At the time, Asuka had not lost a match in over 2 years and had attained the longest reign of any WWE Women’s Champion, when she passed Rockin’ Robin. She defended the title more than anyone in WWE NXT history and held her title longer than anyone in the history of NXT. She also has the most WWE NXT TakeOver appearances and wins. NXT clearly had a star, and WWE realized it.

This allowed them to think that if they brought Asuka up, she would need a rocketship attached to her right away. She was so over on NXT that there’s no way she won’t be on the main roster. She did struggle early on but managed to figure it all out before the start of 2018. She would then win the Rumble, earning her a shot at the WWE Women’s Champion of her choice at WrestleMania 34. Many assumed that due to her being on WWE RAW, she would go with Alexa Bliss. Asuka surprised everyone when she decided to go after SmackDown Live Women’s Champion Charlotte Flair.

The match has been built up as the biggest women’s match in WrestleMania history. The question is, why? Why is it the biggest? Also, what made Asuka worthy of all of this or even Charlotte? In today’s deep-dive, we’re going to be going over all of this and more.

Who Is Asuka? More Importantly, Who Was She Before WWE?

Before WWE, Kanako Urai would go by the name of Kana on the independent scene throughout the world. She would mostly be known for her work in Japan with organizations like SMASH and JWP-Joshi Puroresu. Though she wrestled in other places like DDT Pro, Pro-Wrestling Wave, Reina Joshi Puroresu, and All Japan Pro-Wrestling. She was active in the area since her start in 2004. This makes her a 14-year veteran in the business. Realizing she had the potential to be big in America, she jumped over.

She would work with some notable American independents like Chikara. However, most were not well-known. Due to making a name for herself all around the world, she caught the attention of WWE. The company was bettering it’s women’s division. With the need for new, amazing female talent who has been all over the world…Kana fit the bill. She would go in for a try-out and be terrific. Eventually, she would debut for WWE under the name Asuka.

Asuka is obviously not the real name of the woman you see today. She is actually an avid gamer, and when living in Japan, she worked somewhat with the X-Box brand on their magazine. She’s such a big gamer that she felt that a name from that world should come to WWE with her. This led to her using a notable character from Tekken franchise named Asuka Kazama. If you did not know, now you know.

For WWE, the time they have with Asuka is relatively limited. While women from Japan have been known to wrestle far longer than most women in the West, Asuka was in her mid-30’s when she was signed. She is currently 36, with her next birthday coming up in September. With her age, and the lack of most women wrestling into their 40’s for WWE…they know they need to use her as much as possible.

Who Is Charlotte Flair?

Charlotte Flair is the daughter of 2-time WWE Hall of Famer, Ric Flair. While Ric had dominated the wrestling world for years, his daughter Ashley never thought she would get into the family business. She had played several sports growing up and even had the chance to play in college. She was mostly doing personal training when the idea to jump to WWE came up. Ashley had a younger brother, who had a bit of a substance abuse and drinking problem. Reid Flair was just like his father in many ways.

He showed so much potential right away, and just barely into his wrestling career. It was his dream to work for WWE, and due to his father…it was likely he would get the opportunity to try. He would go through a try-out, but he could not pass the drug testing. Despite even doing it on notice of the day it was coming. WWE could not hire Reid, which devastated he and Ric alike. But Reid still kept going on the independent scene. Sadly, he would overdose on drugs and pass away in his early 20’s.

It hurt the whole family. But at that same time, Ashley had the opportunity to try out WWE herself. She realized not only did she have to be good, she had to literally become a legend. While she had pressure to be good like her father…she had another pressure as well. Live out the dream of her brother, in honor of him. Never back down from the dream or give a little, as it could not honor Reid to do it. Nor would it bring respect to the Flair name.

She’d take the name Charlotte, ignoring the “Flair” part for a while in order to take off pressure early on. Eventually, the last name would be added. She would go on to become NXT Women’s Champion and eventually become a top female performer on the main roster or WWE.

The History Both Have Made Is Pretty Impressive

Charlotte Flair was one of the best wrestlers on WWE NXT. That is even putting her on the same level as the guys. She and the girls routinely stole the show down there, on a regular occasion. She would go on to win at many TakeOver events, but upon her arrival to the main roster…she made history a lot. She would become the official new WWE Women’s Champion at WrestleMania 32 when the company retired the Diva’s Title. She had to beat Sasha Banks and Becky Lynch in order to do it.

She never seemed to lose on PPV, which was crazy to see. While Flair would get her record started in singles PPV matches truly when she beat Nikki Bella for the WWE Diva’s Championship, that was not the biggest thing. Her PPV winning streak began at WWE Battleground in 2015. She would not lose on PPV until WWE Fast Lane…in 2017. Incredibly, she went 16-0(remind you of something?) before losing for the first time on PPV. She would also have a record of title defenses and wins in a row there too.

She has now become officially a 5-time WWE Women’s Champion. There are 6 if you add the Diva’s Title they retired, but sort of merged with the Women’s Title. She is the only woman likely who can say she was a WWE Diva’s, NXT, RAW, and SmackDown Live Women’s Champion. She’s likely the last that could do such a thing, but there are a few who could try. Meanwhile, Asuka’s history is pretty well-known, but often not thought about enough.

Asuka has not been beaten since she arrived in WWE in October of 2015. Understand that, she has not lost any match since she arrived. She has over 200 wins in that time, beating 34 different women. 8 of them were former WWE Women’s Champions. This beats Goldberg’s undefeated streak by a mile. She held the WWE NXT Women’s Title a record 523 days, which is the longest WWE Women’s Title reign ever, the longest reign of any in the modern era, and 7th longest reign of any title held all-time. She is the first woman to be a Survivor Series sole survivor and Royal Rumble-winner. Oh yeah, she’s also the first Women’s Rumble winner too.

Why This Is The Biggest Women’s Match At WrestleMania Ever?

WWE has been making this match out to be pretty big. To be honest, it does appear to be. An interesting note to take home is that while Asuka has beaten most any NXT female that has been in WWE since she was there, Charlotte and Asuka never wrestled each other before. Flair has been one of the top women in the company for a long time herself, but they were either separated by the main roster/nxt split or by the brand they were on.

With Asuka being undefeated and with Charlotte being the top woman in the WWE, it is pretty big that WWE would put two women in their prime on such a stage. Not just that, but doing it here after the two never locked up before. That is not easy to do in this era. WrestleMania is the biggest show of the year, and this match is surely-WrestleMania worthy. The only question left to ask is how long the match will be?

We know the history and quality both bring that the match will clearly be impressive. WrestleMania 34 is a stacked card, but this might be the first time that a one-on-one match at WrestleMania for women has been as anticipated as any men’s match on the card. It is clearly the biggest match for the women in the history of the show. The numbers tell us this and the quality they bring tells that to us.

While it is pretty clear Asuka will win, some doubt that. Charlotte Flair has a large number of people in her corner that believe she will be the one to finally end the streak. Others, however, believe the reality of the situation is that “nobody is ready for Asuka.” That includes the Nature Girl. We’ll find out on Sunday who is truly the best, the Queen or the Empress.