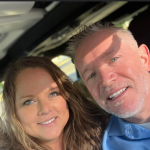 The Royal Rumble comes to you live from Philadelphia on Jan 28th, 2018. This marks the 30th anniversary of The Royal Rumble and it is sure to be commemorated in classic WWE style.  This year’s historic event will feature the first ever women’s Royal Rumble and a Triple Threat Match to decide the Universal Championship as well as several other compelling matches discussed throughout this article.

30 men will enter the ring, one at a time, hoping for a chance to walk out of with a title shot for the WWE Championship Belt at WrestleMania 34.  A new competitor enters the ring every two minutes until all 30 men have entered the ring.  A competitor is eliminated when he is thrown over the top rope and his feet hit the floor.

11 out of the 30 competitors have declared according to WWE.  Some of the more notable names include: John Cena, Samoa Joe, Finn Balor, and “Woken” Matt Hardy.  Last year Roman Reigns entered as the last competitor and eliminated the Undertaker on his way to winning the Rumble in San Antonio, Texas.  There have been rumors of The Undertaker getting a title shot at WresleMania 34.  Is there a chance the Taker will be a surprise participant and win the Rumble? Stranger things have happened.  It would make sense for The Undertaker to make his return at the same event that sent him down the road to retirement last year.

History In The Making: The First Ever Women’s Royal Rumble

For the first time in the history of the WWE the women’s division will present it’s own Royal Rumble.  The rules of the Rumble are exactly the same as they are for the men’s division.  17 of the 30 participants have declared for the Rumble.  Notable names include: Sasha Banks, Nia Jax, Bayley, and Becky Lynch.  The winner of the Women’s Royal Rumble will punch her ticket to WrestleMania 34 for a shot at the title as well.

Over the past few the years the Women’s division has broken the glass ceiling of professional wrestling.  This has manifested itself in several ways.  This division has demanded respect and has made groundbreaking progress inside the ring.  The women have cemented their place by establishing their own Hell in a Cell, Ladder Match, as well as a Money in the Bank match.

Ronda Rousey was a favorite to win the Women’s Royal Rumble until recently.  She has not declared for the Rumble but speculation remains that she will enter the match.  The former UFC Women’s Bantamweight Champion would bring excitement and viewers to the Women’s Rumble.  There are various theories about who will be crowned the first ever Women’s Royal Rumble champion.  Oddschecker.com projects Asuka as a 3:1 favorite to win it all.

Triple Play: A Triple Threat Match For the Universal Title

Braun Strowman has certainly been making a name for himself recently.  His aggressive style and brash personality have made him a key figure within WWE.  Strowman represents raw strength and aggression as he hammers his way through the WWE.  He has recently been wreaking havoc against Brock Lesnar and Kane as he asserts himself as a title contender.  Many believe Strowman has the correct make up to make a serious title run.  According to a Bleacher Report story, Braun is a legitimate contender to win the Triple Threat Match at the Royal Rumble on January 28th.

Perhaps the most intriguing match on the card is the Handicap match for the WWE Championship.  AJ Styles will battle with Sami Zayn and Kevin Owens. This match has been brewing for quite sometime and the fans will not be disappointed in this match.  The build up to this match should be “phenomenal” as Styles might say.  When you consider the combination of microphone and in ring skills of all three of these competitors it is easy to see why this is a highly anticipated match.

Owens and Zayn are working well together; however it will be interesting to see if they can coexist if  only one has a chance to pin Styles.   I Look for the WWE Championship to change hands prior to WrestleMania 34 however the title match at Mania may not have any of these 3 involved.  The feud between Owens and Styles should continue beyond the Rumble as it is a draw in the division.

WWE Cruiserweight Championship On The Line

This match was set to happen at The Royal Rumble on Sunday. The sad part about it? The change occurred in a major way this week. On Monday, Enzo Amore was suspended by WWE over allegations that he sexually assaulted a woman in Arizona. Due to this, WWE had to strip him of the title. This was not made very public at the time due to the fact that they did not know how long he would be out. However, they did want it defended and there was likely going to be a match for the vacant title sooner rather than later.

The match was set to be Enzo Amore vs Cedric Alexander, but the suspension changed this. Sadly for Enzo, WWE would go on to fire him Tuesday. This meant that he would not be able to come back and face the winner if or when his suspension was up. That said, WWE surely needed to crown a new champion. Daniel Bryan will kick off 205 Live and likely announce a match for the title this Sunday or sometime soon.

Chad Gable and Shelton Benjamin will challenged The Usos the WWE Smackdown Live Tag Team Championships.  This match has the least amount of intrigue for me.  This is a 2 out of 3 falls match which means the winning team must pin their opponents twice to win or retain the title.  I want to like the Usos,  and while I recognize their athleticism I don’t find them a compelling tag team.  I don’t expect much from this match and I envision the title changing hands in this one.  The Usos drop the title in this vanilla match up.

The Bar will battle Seth Rollins and Jason Jordan for their WWE RAW Tag Team Championships.  I predict that Sheamus and Cesaro will win this one.  Seth Rollins was being pushed as part of the reunited Shield with Roman Reigns and Dean Ambrose prior to Dean Ambrose’s injury.  There have been signs of dissension between Jason Jordan and Seth Rollins on recent episodes of RAW and I can see an angle where infighting between them costs them the match.  Couple the dissension with the rumor of an injury to Jordan and it seems highly likely that The Bar will win the RAW Tag Team Championship at The Rumble.

I’d love to read your thoughts on this year’s Royal Rumble. Let us know!