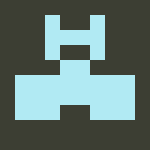 While all the attention of E3 focused on the PS4, Xbox One and Wii U, Nintendo let fly a flurry of news for its 3DS platform as well. One piece in particular will make Pokeman fans giddy: Pokemon Super Mystery Dungeon has a release date and first gameplay trailer.

Gameplay and multiplayer details for Pokemon Super Mystery Dungeon are sparse, but Nintendo did share a few. For instance, the new Pokemon game will include larger dungeons, all of which will be randomly generated and change each time players enter. We also know all the usual Pokemon suspects will be involved, which isn’t surprising considering the Pokemon Mystery Dungeon series has sold more than 13 million copies worldwide to date.

We’re bound to be in for a few surprises too, as Nintendo said the game lets players “battle alongside Legendary and Mythical Pokemon to save the world.” So, put your thinking hats on about who those super-rare Pokemon might be that you’ll finally get to battle with.

We’ll have more about the next Pokemon 3DS game as it becomes available. In the meantime, check out the first Pokemon Super Mystery Dungeon trailer above that shows the first gameplay footage.

Atlus Makes It Official: ‘Persona 5 Strikers’ Is Coming To The West