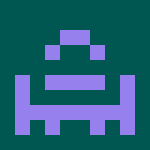 Let’s just get this out of the way: Dark Devotion is difficult. Extremely difficult. I learned this almost immediately. Developer Hibernian Workshop isn’t shy with their Dark Souls inspiration, most apparent in the difficulty and storytelling, but its equal parts Dead Cells with its side-scrolling presentation, gameplay and rogue elements.

The narrative in Dark Devotion is told mostly through finding notes on bodies and the like, and by speaking to NPCs in the beginning hub. Depressing and hopeless, the game takes a dark religious theme similar to the Souls series.

After a short tutorial sequence and relatively easy “boss” fight, the player is killed and resurrected in a hub where they can get new quests, speak to NPCs, and craft items at the blacksmith. Similar to most roguelikes, some things from each run carry over. Weapons found will occasionally be put into the blacksmiths menu, making them available for all future runs. You’ll start with two health and two armor, with items and shrines throughout the game that can restore and increase these meters.

The visuals are similar to Dead Cells, taking a 32-bit Castlevania aesthetic, although much of the game is pretty grey and bland. I really liked the pixelated look, but the environments are very much alike, reminding me of Dark Souls II and it’s lack of intriguing areas. The game’s level design is as bland as the environments, unfortunately. The amount of deaths attributed to blindly dropping into the next screen, only to fall into a pit of spikes, was shocking.

I will admit the boss fights in Dark Devotion are pretty cool, but it really just made me lament to play Dead Cells or Hollow Knight, where everything is just so much more creative. The level design, weapons, and enemies are all too similar. At no point did I feel compelled to try another run, which is usually the case with rogues. I just felt like Dark Devotion lacks in too many departments.

Dark Devotion’s controls are a bit confusing.  The dodge roll is done by pressing O, L1, or L2. The shoulder buttons are for attacking/blocking/parrying depending on your loadout. I never felt like the controls were responsive enough, especially when dodging. You’ll have four slots for gear, with two loadouts that can be switched by pressing the X button. I preferred a one-handed weapon and shield combo, with a bow as my backup. I experimented with other loadouts but always came back to the basics that I started with because they worked so well.

The music in Dark Devotion is mostly ambient, dreary orchestral arrangements that compliment the overall tone of despair. The sound effects are fine. Heavier weapons have a deeper sound on impact, while lighter weapons have a more high-pitched “ting” when they make contact with an enemy that I found added to the immersion of the game.

Dark Devotion isn’t a bad game, but it isn’t a great one either. It relies too much on difficulty, while needing to focus more on the controls. It also lacks variety in the combat and level design unfortunately. I would only recommend Dark Devotion to those that have already finished the other, better games in the genre I mentioned, and still want more. I wanted to like Dark Devotion, but there wasn’t enough to keep pulling me back.

Dark Devotion is available now for PlayStation 4 and Nintendo Switch.  This review is based on a PS4 copy provided for this purpose.