‘Fallout 76’: A Review In The Aftermath Of Reclamation Day 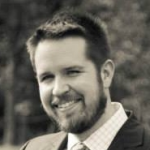 After having had an opportunity to sit down and really dig deep into Bethesda’s latest offering – which comes to us in the form of the highly-controversial Fallout 76 – it becomes immediately apparent that the game has several obvious flaws. It also has several obvious advantages over its predecessors.

While the vast majority of the coverage of the latest iteration in the popular post-apocalyptic franchise has been quite negative – Fallout 76 currently resting at an abysmal 50 percent on Metacritic as of the writing of this article – I would like to present a more balanced view of the game.

Fallout 76 begins in much the same manner as previous Bethesda produced titles in the series, with the player taking control of a nameless Vault dweller inside the confines of one of Vault-Tec’s survivalist shelters. After waking up to an empty nest, all of the other vault dwellers having already gotten a head start after a rather raucous party the night previous, the player character must spread their wings and fly away to participate in “Reclamation Day” – a long-scheduled day in which the inhabitants of Vault 76 open the doors and confront what lies beyond.

The learning curve is admittedly a bit steep, but the game does take care of a bit of the expected disorientation after having left the vault by offering a number of sequential quests which will certainly teach players the ropes. In the first hour, gamers can expect a well-conducted tutorial on how to balance their S.P.E.C.I.A.L score, how to utilize their attendant perk cards, how to construct their C.A.M.P – or home base – and how the basics of crafting work. Despite being an old-school gamer who relies on skill-trees and considers crafting to be an extraneous detail, to be avoided in most cases whenever possible in favour of finding a rare item in the wild, I found this introduction to be fully fleshed out and satisfactory in terms of execution.

The map immediately opens itself up to hapless vault dweller, who almost immediately finds him or herself alone in the wilderness – all your compatriots from the vault seemingly evaporated into thin air. That’s right, there are no living NPCs in this game, at least that I have encountered over my hours of gameplay, with the role of quest-giver being facilitated by robots and terminals of various size and description. Other players do, of course, join in the proceedings – and are central to the appeal of the game.

While playing Fallout 76 solo isn’t a pain, per se, it is of course a hollow shadow of an experience when compared to co-operative play with a pick-up group, or a group of longtime friends. The ability to search the wastelands and to shoot legions of scorched fiends side-by-side with other living and breathing players is a dream come true for most Fallout fanatics, and I truly don’t believe they will be disappointed here.

Oft-times, popular criticism of a game steamrolls itself into a reality, with bad reviews piling up upon bad reviews based on peer pressure and popular narrative alone. While Fallout 76 does have some glaring faults, particularly some serious quest bugs that prevent certain side-stories from proceeding as well as some rubber-banding, it is folly to overlook the positive qualities contained within the West Virginian wilderness.

Of these negative qualities, none stand out so starkly as the obvious latency issues and large patch sizes that the game pushes upon its player base. It can be supremely frustrating to have drawn a bead on a quickly advancing adversary, hammering the trigger, only to find that your shots have missed by a mile. The jittery motion of some enemies, particularly during peak server times, can cause a life-or-death situation to pan out with the latter outcome, much to the frustration of the player holding the controller. Given that Fallout 76 is a real time game, one that does not feature a pause for VATS – or for any other reason, for that matter – this lack of clarity in tense combat situations is absolutely the largest flaw that the much-maligned title has to offer.

Rounding out the top-three criticisms that this reviewer can see are the poor graphics – somehow presenting a worse visual experience than Fallout 4, released years prior – and the sheer amount of bugs, which is not altogether surprising given Bethesda’s spotty reputation on this subject.

Not all is lost, however. An intriguing crafting system, elaborate base-building infrastructure, and familiar thrill in looting junk and breaking it down remains. VATS is ingeniously incorporated into a real-time structure, complete with critical hits that really pack a punch. The perk cards, contained in a randomized pack – complete with bubble gum – that is offered up to the player upon gaining a level at certain intervals adds a layer of intrigue to each and every build.

The story itself is also fairly well written, and the locales, though reminiscent of those presented in Fallout 4, remain compelling. Side quests are often lengthy, involving several mysterious clues, and are fun to attempt to solve. Journal entries in terminals retain their acerbic, bitingly funny social commentary and small jokes, lending levity to the often-grim proceedings. Radio stations blare the old-timey classics in equal measure with desperate calls for assistance.

Fast travel remains intact, although it will cost caps to get wherever the player would like to go – unless the destination is nearby to a friend or team-mate. In such cases, fast travel is free of charge, a step obviously taken to encourage group player and to eliminate barriers to such. The map is also fairly fanciful, with full-colour illustrations joining the typical points of interest to combine in an interesting aesthetic. A variety of zones and settings across the map also helps to immerse the player in the environs, making a trek through the unmapped wilderness more exciting.

Overall, Fallout 76 presents a fun – if flawed – experience to fans of the genre. Perhaps expectedly, single-player fans of the franchise may be disappointed. Similar grousing took place over the release of The Elder Scrolls: Online, which many fans felt lacked the authenticity of the mainline series.

What many gamers fail to understand is that single-player games and multiplayer games set in a persistent world are vastly different creatures, and that dynamics from one setting cannot be immediately transposed into another.

Fallout 76 is available now for PlayStation 4, Xbox One, and PC. This review is based on an Xbox One copy purchased by the writer.