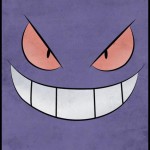 The Burnout franchise may have started as a crash test simulator, but the vehicular murder series eventually shifted its focus to racing, and then adopted the popular “open world” concept for Burnout Paradise. I remember Burnout Paradise being very popular at launch, even though I missed it the first time around, and brought the always-online multiplayer concept to Burnout.Since missed out on the original release I was pretty thrilled to get my hands on Burnout Paradise Remastered. The experience is fast paced, fun, and keeps you looking for the next area to tear through in the variety of vehicles you unlock throughout the city.

There are several types of cars in Burnout Paradise and each one has their own style of boost. For example, Stunt cars earn more boost by pulling off large jumps, high speed drifts or near-misses with oncoming cars. These were my favorite and fit my playing style well, especially for Stunt races and general A-to-B tracks. The Speed class cars were also great, especially when you could save up your boost for long enough to pull off a “Burnout,” which provided infinite boost until you crash. These cars were amazing for “Takedown” events, where the goal was to crash as many opposing cars as possible. Finally, the Power class cars were better suited for avoiding being taken out or tackled off the track. These bruisers were perfect for events like Henchmen, where you try to out-last an endless wave of drivers coming straight for you.

After getting a feel for the arcade-style controls, I was having a blast driving through Paradise City, starting up racing or stunt events on-the-fly and bursting through barricades and billboards. There are dozens of events spread throughout the city, and due to the free-form nature of playing them, you can jump from one to the next pretty quickly. The result is a racing game that feels like it is constantly giving you something new to do.

The city itself is quite interesting to drive through, with some areas that give off a coastal Californian vibe, some that resemble the Pacific Northwest, and others look more like downtown Chicago. Between the various roadways and highways are plenty of shortcut paths, and some of these take players to great heights above the road below. I loved the off-road parts, especially when they ended with massive ramps over cliffs or deadly gaps.

Perhaps my only issue with Burnout Paradise is that the racing gameplay breaks down to a pretty simple practice before long.  The goal quickly becomes taking out as many opponents as possible at the start of each race and managing your boost to maintain first place. Slipping behind can be frustrating because unlike most open-world games, there is no “waypoint” or “navigation line” on the map, and the races are more free-form than they are linear. This makes it pretty easy to take a wrong turn and end up needing to backtrack just to get back into last place.

Although half of the fun is still crashing cars, the crash cams become very frustrating when you end up losing races because of your mistakes. This was always the catch 22 when I played Burnout 3: Takedown, the first Burnout to focus on racing more than crashing. It basically made the coolest part of Burnout into a punishment. There is a mode where you can cause giant crash combos and string together the wreckage of dozens of vehicles; this was always a fun way to end a disappointing crash, as I could start wracking up points and making progress toward something else.

Indeed, this was the best part of Burnout Paradise – moving from one thing to the next, whether it was by distraction or an actual event. I had a hard time putting down the controller, and had a blast even if I wasn’t winning a race. The remastered visuals are not perfect; Burnout Paradise Remastered looks more like a downloadable game than a AAA release, but the crash cams are still pretty cool and show off a lot of particle effects.

The soundtrack is definitely dated, but hearing “My Curse” by Killswitch Engage took me back to youthful days, even if “Girlfriend” by Avril Lavigne made me want to tear my hair out. Burnout Paradise Remastered is the perfect choice for anyone looking for a casual racing game, or a nostalgic trip down memory lane. If you missed the original release like I did, and are a fan of the Burnout franchise, this one serves as a much better-looking and newer-feeling replacement.

Burnout Paradise Remastered is available now for Playstation 4 and Xbox One, and will launch later this year for PC. This review is based on a PS4 copy of the game provided by the publisher for that purpose.