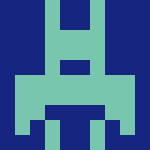 Over the past few days there has been a whole lot of chatter surrounding Bethesda’s decision to not release Fallout 76 on Steam. It has taken the center stage on many popular gaming websites with the comment sections overflowing with negative feedback on Bethesda’s decision.

Admittedly as I read through comment after comment attacking the decision, I cannot say I was surprised. The last couple of years has seen the rise of large publishers creating their own distribution methods much to the dismay of PC gamers everywhere. I know this isn’t the popular side to be on, but here are my six reasons why Fallout 76 not releasing on Steam is not a big deal.

When you’re releasing a game through a distributor, whether that be a digital or a physical one, they are going to take a cut of the profits. Valve, being the pioneer of digital distribution that they are, did not really have to abide by any previous precedents set on just how much they could take from developers. When you’re releasing a game through Steam, Valve takes 30% (They would still be viable if they took 8% according to the Co-Founder of Epic Tim Sweeny) of the profits PER sale. While it’s understandable that a smaller development company needs Steam to even get the attention of potential gamers, Bethesda does not. Bethesda is more than well-known in the gaming industry and they have earned their notoriety through fantastic work and amazing games that millions have enjoyed.

Think about all of the games that you have played that Bethesda has had a hand in. There is a very good majority that you’ve enjoyed at least one of them. The way people are acting about Fallout 76 not being on Steam is surprising because it comes off like Bethesda hasn’t earned our trust with their products. I would understand being upset about not being able to play a brand new IP or studio’s game on Steam because you would have no real way of knowing if their promises are something that they have historically lived up to. Bethesda spends thousands and thousands of hours with teams of hundreds of people lovingly and meticulously crafting these experiences for us to enjoy. The fact that so many consumers want to force them to take a 30% cut on their hard earned profits just so that they can buy the game on their preferred digital shelf is honestly silly.

I feel like I might be the only person who remembers that this is a thing, but you know that you can add “non Steam” games to your library, right? I have plenty of games on my Steam Library that I didn’t purchase on Steam, most of which came from GOG.com; a service which incidentally, no one ever seems to complain about. I have even added a game with it’s own native launcher, World of Warcraft, to my Steam library and guess what? I launch World of Warcraft from Steam without ever having to open my Blizzard browser. I still use my friends list the exact same way that I would and I didn’t even have to purchase it through Steam!

Do people seriously care about these?

I have seen a lot of chatter over the past couple of days regarding mods and not being able to use Steam Workshop with Fallout 76. I do not think I am alone in saying that I primarily use Nexus Mods. I mean, with Nexus Mod Manager and the website itself, why on Earth would you ever even need to navigate the Steam Workshop? Nexus’ UI is honestly leaps and bounds better and allows you to automatically install your mods of choice with ease using their Mod Manager application. It seems like another big worry from consumers is that Bethesda is going to make a push for paid mods, but if they create the mods and want to charge for them, who cares? There will still be plenty of free mods and if you aren’t interested in the paid versions why would you even bother wasting energy caring about them? Just don’t buy the paid mods and use Nexus Mod Manager, it’s better anyway!

Oddly, probably the largest argument I’ve seen against Bethesda not releasing Fallout 76 on Steam is the inability to return the product if the consumer is not happy with it. Steam, to it’s credit, does offer a wonderful return system for gamers if they feel like they have been duped by false promises or they just plain are not enjoying their experience with a game. I just have to bring up something here though when discussing this particular franchise, IT IS BETHESDA. Do you not trust Bethesda by now? Okay even if you don’t trust Bethesda to make a great game, why would you purchase it right at midnight if you are iffy about the title anyway? Control yourself, watch a few videos the day the game launches and if you enjoy the gameplay you’re seeing and then read some reviews. If they make the experience sound like it would be fun for you, buy the game! Otherwise, just wait for some patches to come out, continue to watch videos and once the game, if it ever does, appeals to you–then that’s when you purchase it.

So there you have it. This of course is my personal opinion, but I just can’t see why at this point Bethesda hasn’t earned at least some semblance of trust and understanding when it comes to the massive properties that they work on. I understand the mindset of “oh they are a big corporation who doesn’t need the money” but that exact same argument could be made for Valve who, again, TAKE 30% OF PROFITS! I for one, will be downloading Fallout 76 on Bethesda Net this Fall.

Fallout 76 comes to PlayStation 4, Xbox One, and PC on November 14th. Check back for our full review!